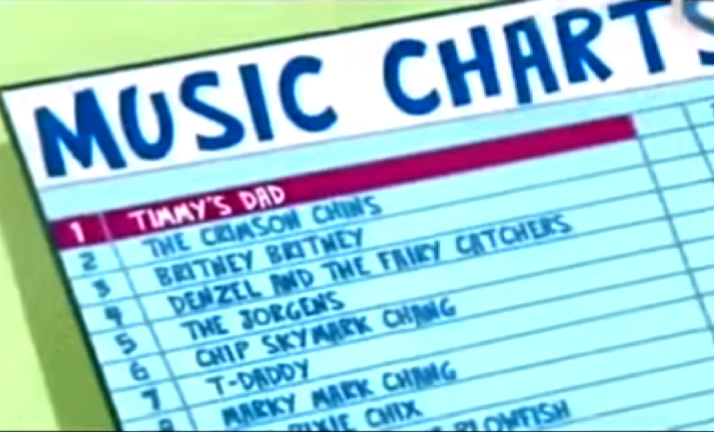 (Or possibly just "Dad," as it appears on one of the album covers.) Early in the "One Man Banned" episode of The Fairly Oddparents (first aired 16 Oct 2009), we learn that the protagonist Timmy's father plays bongos and that his latest album, Bingo Bongo, just went platinum. Apparently, he's had a musical career with hits in every genre, including holiday tunes ("Yuval the Red Aired Mole Rat"), love songs ("You Are the Wind Beneath My Bongos"), and patriotic ditties ("I Wanna Hold Your Freedom"). His son Timmy gets competitive, and hijinks ensue.

He also released an album (apparently rap) under the name T-Daddy that went gold.