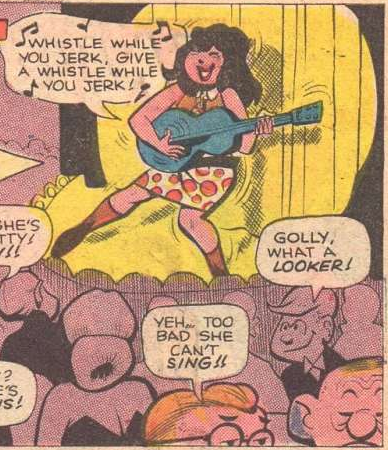 She's supposed to have a date with Harvey Prince but gets abducted after a supper club show by a goon hired by a jealous rival. Touched by her kindness, the goon strands in New Jersey instead of killing her. Wait, is that really better?

Stuck, she joins up with band The 7 Dipthongs to great success.