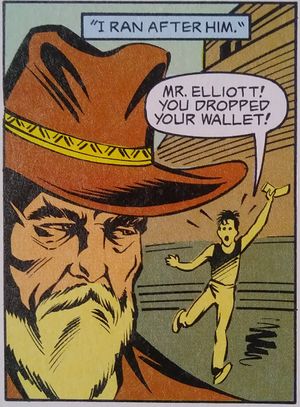 Elder statesman of folk music-type-musician. Hero of protagonist Myron Speece. Elliott gave Speece a job at a radio station he owned, saving him from a Dickensian life as a homeless pickpocket.

His name is based on real folk singer Ramblin' Jack Elliott.