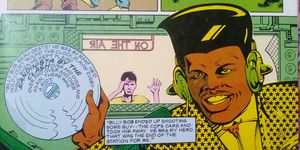 He was a hero of protagonist Myron Speece as a youth. They both worked at radio station WSM (a real Memphis station), but here owned by fictional Ramblin' Brad Elliott.