Barry Jive and the Uptown Five 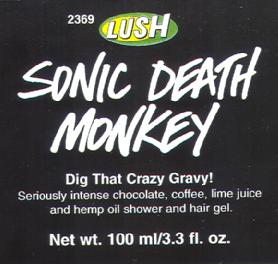 From the 2000 movie High Fidelity, based on Nick Hornsby's 1995 novel of the same name.

Rob is so sure they're going to suck, he tries to bribe Barry not to play the show. That failing, he tries to get The Kinky Wizards not to show up. That failing, he surrenders and intros the band as Sonic Death Monkey (their original name) only to learn from Barry, "We're no longer called Sonic Death Monkey. We're on the verge of becoming Kathleen Turner Overdrive, but just for tonight, we are Barry Jive and the Uptown Five." Barry then launches into an impressively soulful rendition of Marvin Gaye's "Let's Get It On," Rob and his girlfriend's "our song" (and on the soundtrack).

Later, a bath product was named after them.