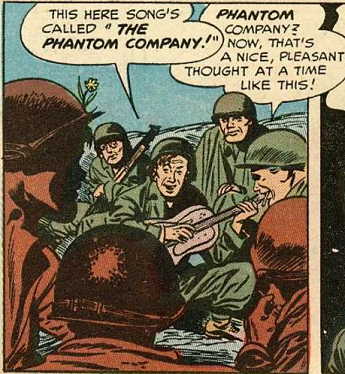 Southern guitar-playing foot soldier of Baker Company in "The Phantom Company" story of Korean War comic G.I. Joe #20 (April 1953). He keeps the troops' morale up, and has even composed a ballad (also called "The Phantom Company") that gives his commander an idea to sneak up on the enemy soldiers that have them trapped in a cave. Zeb is wounded in the ensuing firefight, but the story makes the Army's Stars and Stripes newspaper, and his song becomes popular with the troops.

A coda to the story reveals the ballad was based on a true story of his ancestor, Revolutionary War Captain Davy McCracken.