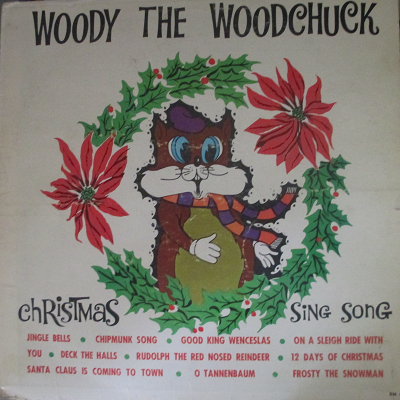 Alvin and the Chipmunks knock-off from the album Woody the Woodchuck Christmas Sing Song (Premier Albums, Inc., XM/S 6). It's so lame, they even unapologetically cover the Chipmunks' "Chipmunk Song." That dates this after 1958, when the original came out. It's probably from 1959-1960, based on the low album number. Also, XMS stands for Xmas!

Not to be confused with the very later, very Christian Woody Woodchuck, who released a 1976 album.