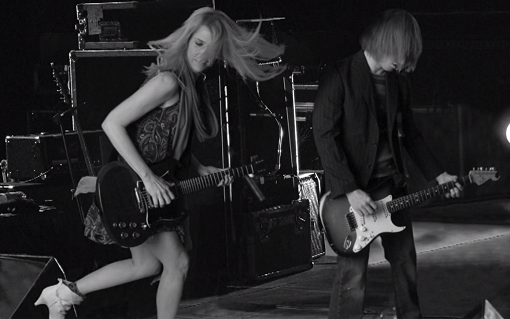 The female member in the picture is played by Kristen Wiig.