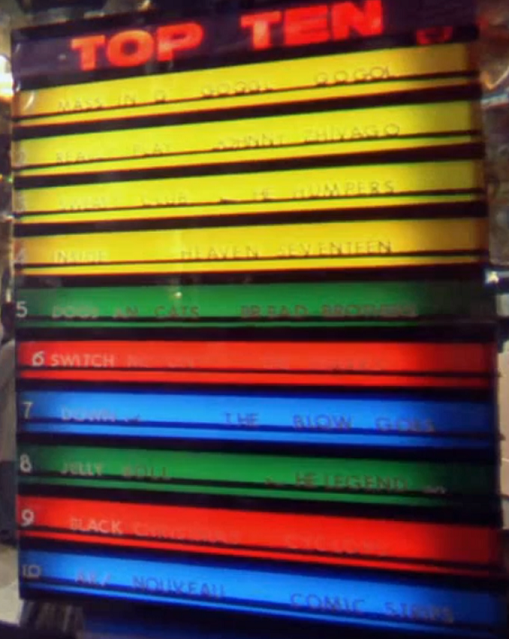 Number three artist on the top ten board in the record shop scene of the 1971 classic A Clockwork Orange. Their song is titled "Sweaty Club." Anthony Burgess' original novel had even more bands in it.

There was also a real band named The Humpers (formed 1989), but it's not clear if they took their name from the fake band.