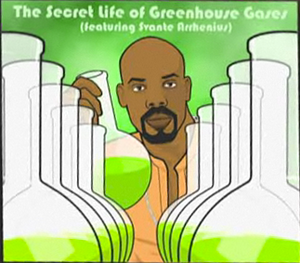 A global hip-hop, movie, and TV star featured in the animated series Frisky Dingo. Taqu'il (whose name is also spelled Taq'uil, Ta'quil, and T'aquil in different episodes), has several videos in heavy rotation on TV during the first season (2006). During the second season, he becomes the Democratic vice presidential candidate and eventual president before he attempts to save the rest of the cast by leaping into the mouth of a giant mutant ant-human baby. (No, we weren't stoned when we wrote this. Watch the show! That's what happens!) 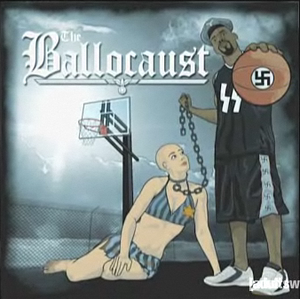 Taqu'il recorded a global warming-themed album The Secret Life of Greenhouse Gases (bonus nerd points: the cover features a call out to greenhouse effect discoverer Svante Arrhenius.) A later album, The Ballocaust, which mixed basketball with National Socialism, wasn't quite as successful.