Sick Dick and the Volkswagens 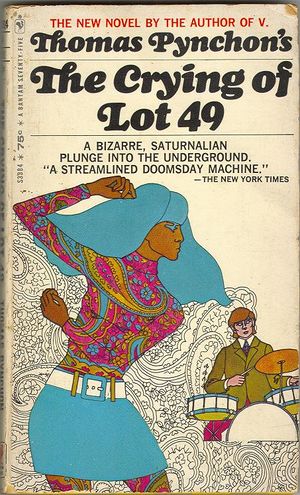 English rock band mentioned in the 1965 novel The Crying of Lot 49 by Thomas Pynchon.

Mucho Maas, enigmatic, whistling "I Want to Kiss Your Feet," a new recording by Sick Dick and the Volkswagens (an English group he was fond of at that time but did not believe in), stood with hands in pockets while she explained about going down to San Narciso for a while to look into Pierce's books and records and confer with Metzger, the coexecutor.

The name is probably a pun (once removed) on real band The Beatles, since the most popular Volkswagen was the Beetle.