Traveling minstrel in the fairy tale parody "Rapunzelstilskin" in Charlton comic book Go-Go #9 (October 1967). He has two bandmates, Harvey and an unnamed one. He falls for beautiful Rapunzelstilskin, but the evil Step-Mother beats him up, and then makes him guess Rapunzelstilskin's name. Even though he heard it earlier, he can't get it right, gives up, goes to his next gig, and leaves Rapunzelstilskin to spin straw into dental floss for the rest of her life. 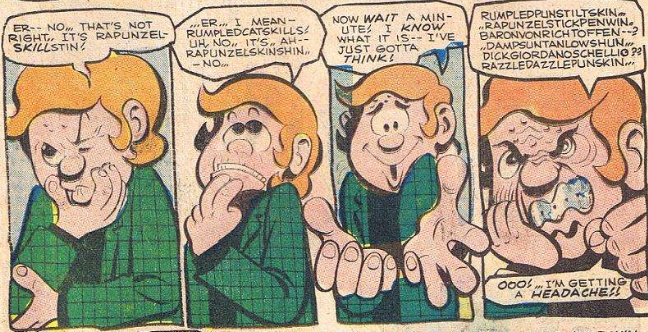