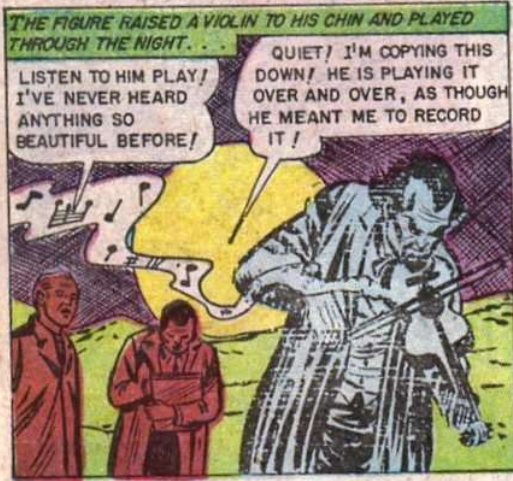 The ghost story says he died when his villa outside Rome burned, also destroying his greatest violin concerto. Then, in 1927, two composers visiting the villa's ruins saw Amadi's ghost playing the long-lost concerto. One of them transcribed it.

Then, some ten years later, the ruins' caretaker (ruins need a caretaker?!) discovers the manuscript, and it is shown to be identical to the transcribed version! Are you scared yet? Neither am I.

A rondo is a musical term for a section of a sonata and a style of playing.