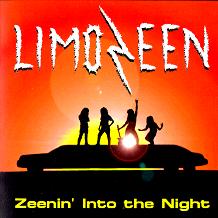 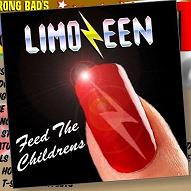 Stereotypical cheesy 80s-style hair metal band from the nuttily popular web comic/cartoon universe Homestar Runner. And they don't work blue. Well, they say "crap" a lot, but that's it. Anyhoo, Strong Bad, the town bully, first mentioned this band in the "band names" email (March 4, 2002) on what to name your band. He suggested taking a word and spelling it differently. After that reference, the band took on a life of its own, popping up here and there.

On the site's 2003 CD Strong Bad Sings and Other Type Hits, Limozeen have two tracks: "Because, It's Midnite" and "NITE MAMAS."

In a much later email, Strong Bad shows the rare, short-lived animated cartoon show they made starring the band. 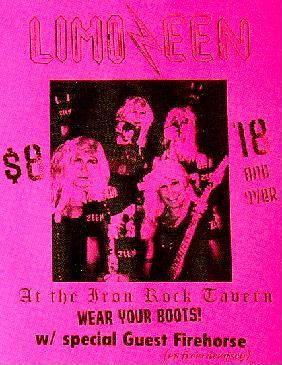