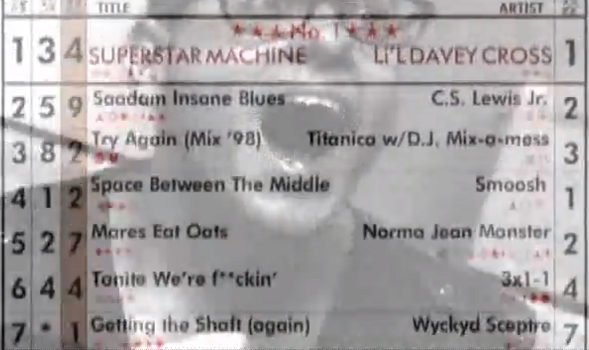 Singer of the number one dance hit "Superstar Machine" who was discovered singing in a public restroom.

From the "Rudy Will Await Your Foundation" episode (November 16, 1998) of HBO sketch comedy TV series Mr. Show. He's so popular, his song is parodied by Daffy "Mal" Yinkleyankle as "Sushi Bar Machine."

The chart shown on screen has songs by other fake bands from the show: