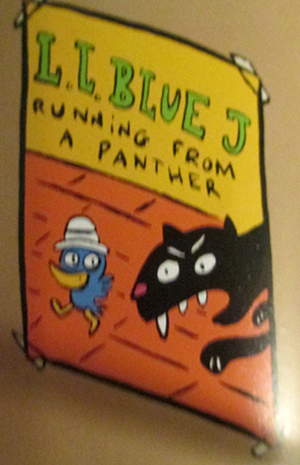 One of many animal pun rappers in the background of the 2010 children's picture book Hip & Hop, Don't Stop!, written and illustrated by Jef Cjekaz. His name is a parody of real rapper L.L. Cool J.

A poster of his album Running from a Panther is glimpsed in Hip's room. The title is a parody of L.L. Cool J's 1989 album Walking with a Panther.