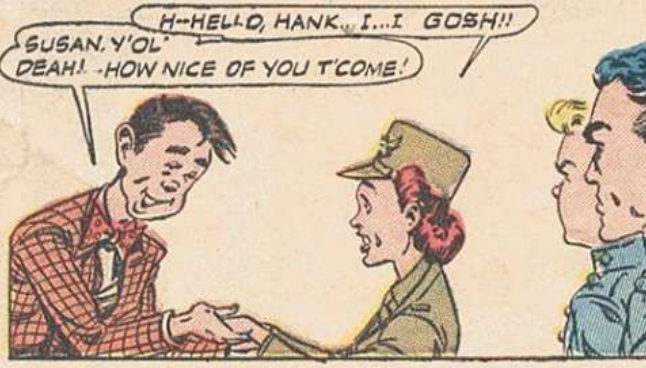 Popular radio crooner who turns out to be sending secret messages to the Nazis in "The Crooner's Code" story of comic book Green Hornet Comics #21 (November 1944). He charms ship positions out of the admiral's wife and makes changes to the lyrics he sings on his radio show to send messages to a Nazi sub waiting offshore. Superhero The Spirit of 76 figures out his code, thwarts him, and gets him arrested.

While his name is a parody of real singer Frank Sinatra, his charming, vaguely Southern demeanor is more Bing Crosby.