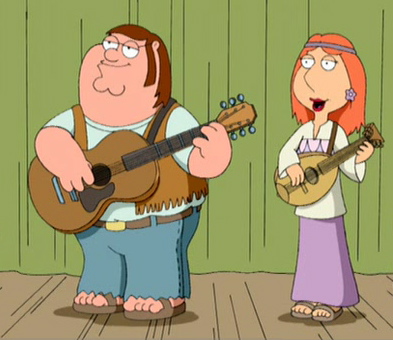 Terribly named duo from the animated television series Family Guy. In the "Deep Throats" (04/09/2006) episode, a local talent show inspires Peter and Lois Griffin to revive this duo, their old hippie folksinging act. They also revive their old habit of getting massively stoned. When they perform, they're so stoned they think they are performing flawlessly, but it's revealed they are just braying off-key and rolling around on the stage, and they lose.