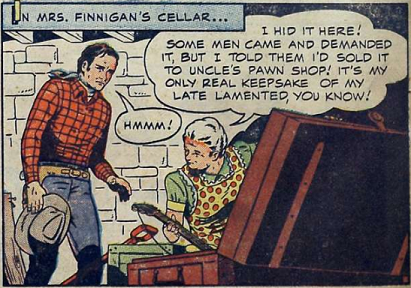 He was killed in a gunfight, but cowboy hero Monte Hale still needs to borrow his guitar from his widow so he can figure out who's stealing guitars just to smash them. Turns out the unnamed boss of a gang of crooks hid some stolen diamonds inside the guitar and was trying to track them down. Hale saves the day and the widow Finnigan gets the reward money.