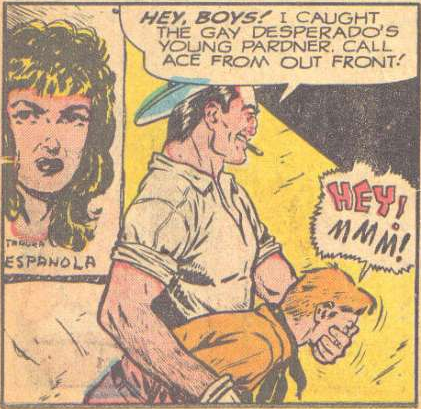 Singer popular enough to have posters in the Gay Desperado story (set in the old West) of anthology comic book Red Seal Comics #21 (October 1947). She only appears on a poster on the wall of the saloon where Rattlesnake Rose sings and Hoagy plays.

"Espanola" is Spanish for "Spanish," so likely the singer is Mexican, as the story is a cowboy story set in the American Southwest. The text is hard to read, but possibly her first name is "Tagura" or "Tacura." Neither of these are real Spanish names or translate into anything in Spanish that I can find.