Duke of the Grill 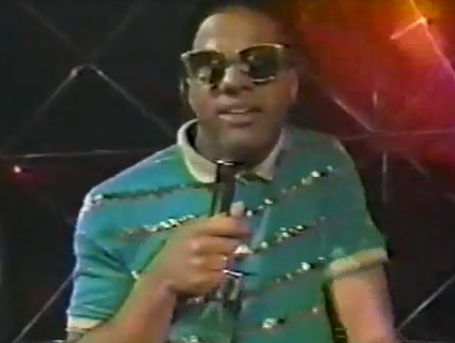 From the film Grill Skill (1989). In this Wendy's training film for hapless teen burger-flippers, a hapless teen burger flipper is shown popping in a VHS tape to watch a training FILM-WITHIN-A-FILM (guh?). Then on the monitor, the magic rapper the Duke of the Grill appears and SUCKS THE HAPPLESS TEEN INTO THE TV (GUH!?). The Duke of the Grill then RAPS an entire lesson in proper burger flipping procedure (double guh!?). During the guitar solo, he air guitars ON A SPATULA (TRIPLE GUH?!).

This nugget toured the country as part of the Found Footage Festival.