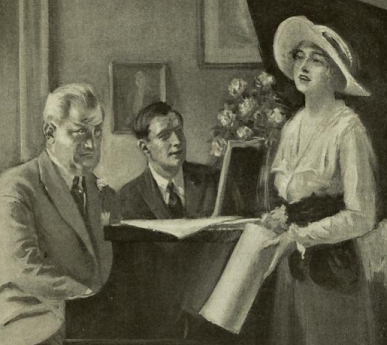 She becomes the muse of writer Peter Fane, who helps her get an audition with opera impresario Filippino Feraldi.

As regards Dawn's singing voice . . . well, it was low and sweet and tremulous, and the world at large was beginning to realize that she was possessed not only of a contralto voice, but of singular power of expression; but, though a certain success was hers, she had not as yet come into her own. To Peter, of course, once he had looked upon her, Dawn's voice was the music in which he would steep his very soul, and so it came about that he awoke from his dreams and hustled.