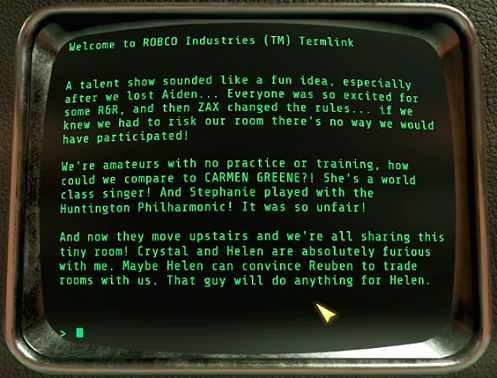 "World class singer" from the pre-War era in the Fallout series of computer games universe.

She's not shown, but is mentioned several times in terminal entries and holotapes in the "Nuclear Winter" add-on (June 10, 2019) for Fallout 76 as a resident of Vault 51, all of whose residents died due to the ZAX computer that ran things going amok. Greene had an affair with former U.S. Senator Joel Chambers whilst in the vault.