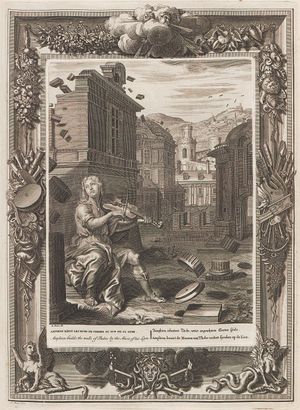 From ancient Greek mythology, Amphion (Ἀμφίων) was the son of of Zeus and Antiope, after Zeus raped her. Amphion became a great singer and musician after Hermes gave him a golden lyre and taught him to play. Amphion and his twin brother Zethus built the city walls of Thebes. Zethus by using, you know, his muscles, and Amphion by making the bricks and stones levitate into place by playing his lyre. Dang.