Group of four singing potatoes: Olaf, Ruby, Nate, and Chip, from the British series of animated shorts, Small Potatoes (2011). These were followed by a near-feature length film, Meet the Small Potatoes in 2013, which was done in rockumentary format. It followed their career from a country and western band in the 1940s, through various musical incarnations predominant in the following decades (doo wop, rock, disco) to a reunion in the present day. 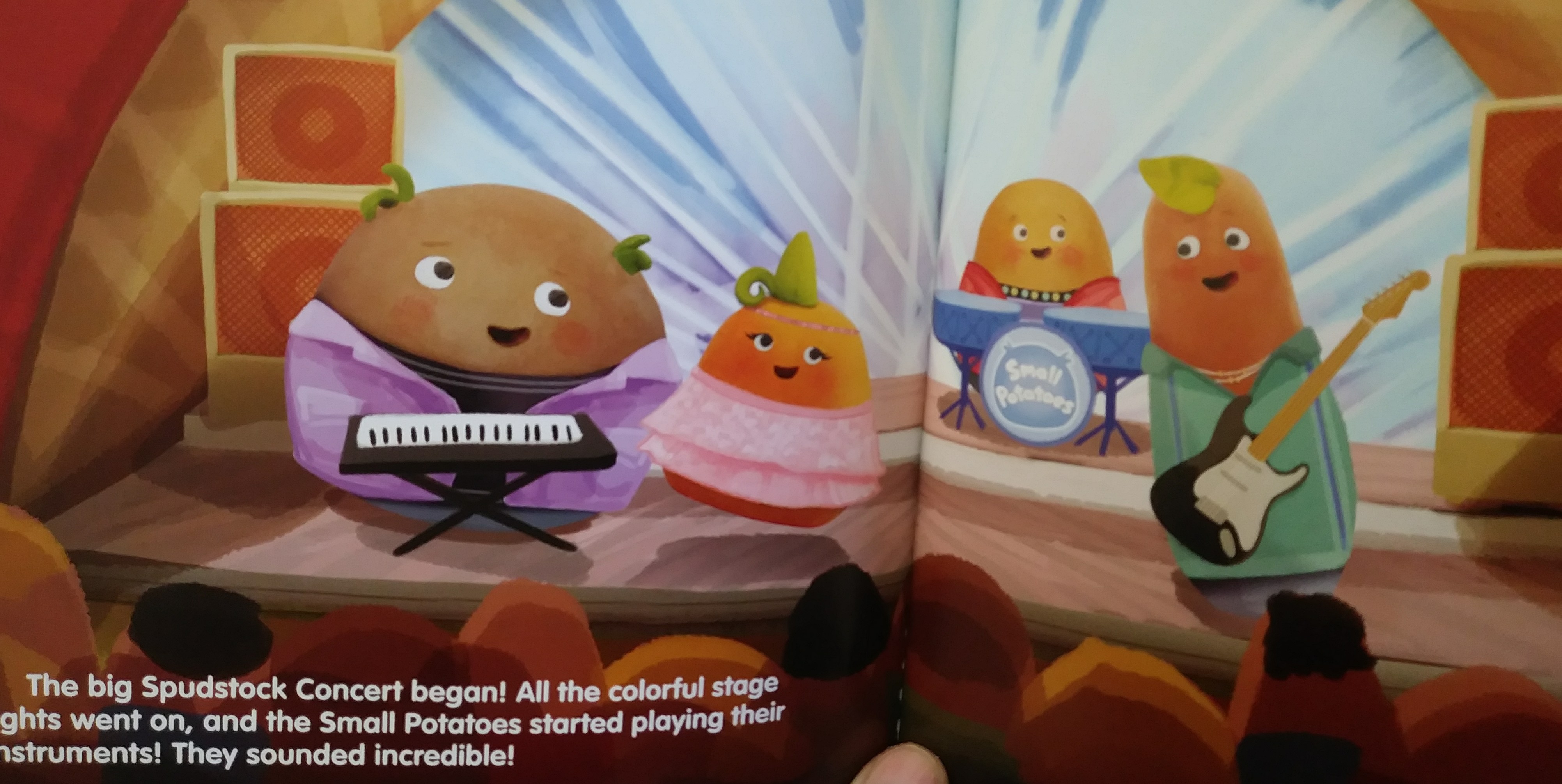