Difference between revisions of "The Foreign Agents" 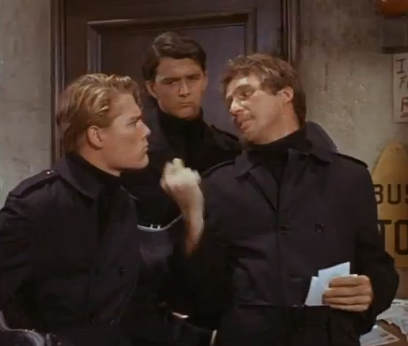 Or maybe The Four Agents', it's hard to hear exactly, although there are only three of them.

From the "Find the Monkees" episode (01/23/1967) of TV series The Monkees. Local black-trenchcoated rock trio that sneaks around carrying their band's gimmick a bit far. They, along with the Monkees, are all desperate to audition for eccentric TV producer Hubbell Benson (Carl Ballantine), who has put invitations out to all the local bands, except, it would seem, [The Monkees]].