Difference between revisions of "Poogle-Horn" 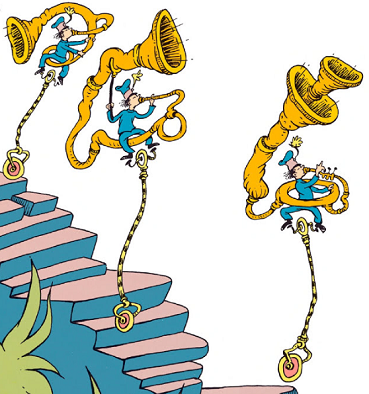 Large, cumbersome brass wind instruments, similar to tubas or sousaphones, used to awaken the royalty of Poo-Boken, in the 1973 Dr. Seuss picture book Did I Ever Tell You How Lucky You Are? There is a lot of variance in poogle-horn design, based on the three shown.