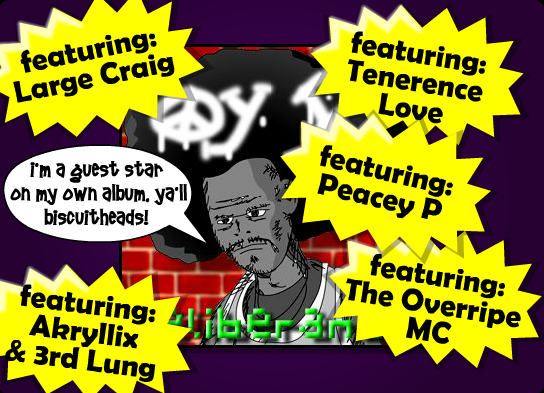 Peacey P is a popular rapper in the Homestar Runner animated cartoon universe. He first appeared in the 2007 "Teen Girl Squad Issue #13" cartoon, when someone mentioned the drug PCP. A bonus featured a commercial for his album Deliberance on Crample-O Stow Records. He is "the best guest rapper in the music biz," guest rapping on tracks by Coach Z, Tenerence Love, Taranchula, and even on his own album.