Difference between revisions of "Notorious P.I.G." 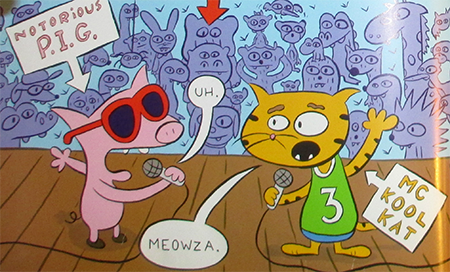 Rapping pig and contestant in the Rap Off contest in the 2010 children's picture book Hip & Hop, Don't Stop!, written and illustrated by Jef Cjekaz. One of many animal-named-pun rappers, his name is a parody of real rapper Notorious B.I.G.

He competes against MC Kool Kat.